The proper funding of the present debt will render it a national blessing. – Alexander Hamilton (1792) 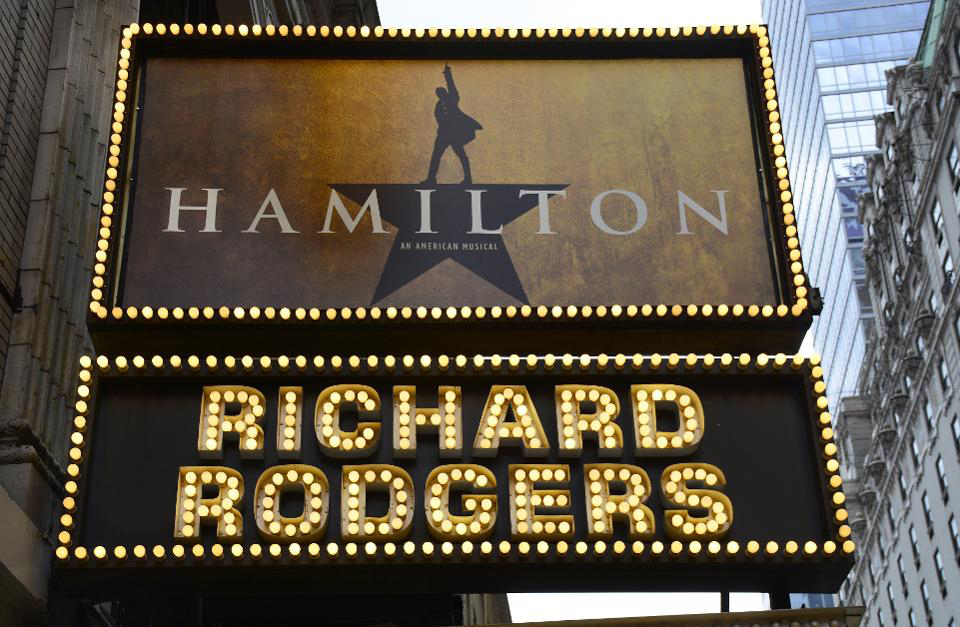 NEW YORK, NY – APRIL 27, 2015: The Richard Rodgers Theatre on 46th Street in New York City is the site of the July 13, 2015 Broadway theater premiere of the musical ‘Hamilton,’ based on the life of American statesman and Founding Father Alexander Hamilton. The production moves to the Richard Rodgers Theatre after an acclaimed off-Broadway run. The musical was written by Lin-Manuel Miranda, who stars in the title role. (Photo by Robert Alexander/Getty Images) GETTY IMAGES

Germany reversed itself last week, and will now support the idea of issuing a joint European debt instrument – a Eurobond.

This sudden change of heart comes after years of dogged resistance to any sort of pan-EU debt “mutualization.” Germany has finally agreed in principle to assume shared responsibility for some of the debts of its EU partners. Perhaps it was not so much a change of heart as a necessary act taken under duress, in response to the Covid-19 pandemic, the worst economic crisis since Berlin lay in ruins after the war, and the suddenly possible threat of a break-up of the EU. In any case, it was inevitable.

It was instantly deemed “historic” – stylized a “Hamiltonian moment” – but this may be a somewhat obscure allusion for many Europeans. The reference is to Alexander Hamilton (1755-1804), the first American Secretary of the Treasury, who famously engineered a deal with his fractious contemporaries to allow the new government of the United States to assume the individual war-time debts of the former colonies, and convert them to joint obligations of the federal union. This has been seen by historians as one of the decisive steps towards the creation of the American system of government.

The arguments pro and con in Hamilton’s time were similar to the debates taking place in Europe today. The opposition was strong. Virginia (the largest and wealthiest state of the original 13) played the part of Germany. Virginians were prudent, and self-serving. They had already paid off their debts, and were loathe to accept responsibility for bailing out their feckless colleagues in states like Massachusetts. Hamilton offered a range of arguments in favor of the debt assumption, all aimed at strengthening the federal power, cementing the common interest of the states in a more stable and viable constitutional framework. But the situation was permeated with self-interest, cloaked in what we would now call the fear of “moral hazard.” A Congressman from Georgia put it thus:

My soul rises indignant… Where, I again demand, is the justice of compelling a State which has taxed her citizens for the sinking of her debt, to pay another proportion, not of her own, but the debts of other States, which have made no exertions whatever?

And so, Hamilton’s proposal was voted down in the House of Representatives – 31 to 29. The debt-assumption issue was seen as the “millstone about the neck of the whole system which must finally sink it.”

Hamilton persisted. The matter was eventually resolved, as per historical legend, at a private dinner of the three great founders – Hamilton, Jefferson, Madison – meeting alone, in New York City. A deal was struck to convert Virginia’s opposition into support, crucial for the measure’s approval. The deal also included a momentous quid pro quo –an agreement to locate the national capital in the South, on the Potomac, across from Jefferson and Madison’s home state. QED Washington DC. The “dinner table compromise” has been called “one of the most important bargains in American history.” It’s a great human story, involving the most important opposing personalities and philosophies of the young Republic, alone, face-to-face. The scene has been dramatized today in the contemporary hit musical Hamilton. It is the basis for the number lauded by critics as a climactic “showstopper” – “The Room Where It Happens.” Some of the lyrics, thus:

Decisions are happening over dinner

Two Virginians and an immigrant [i.e., Hamilton] walk into a room

They emerge with a compromise, having opened doors that were

A system he can shape however he wants

The Virginians emerge with the nation’s capital

And here’s the pièce de résistance

No one else was in

The room where it happened

(Isn’t art marvelous? When else has an episode of monetary policy and financial engineering has been turned into a “rousing,” “pulse-quickening,” and award-winning Broadway tune?)

The controversy in Europe today is focused on the same surface issue that agitated Jefferson and his fellow southerners. Why should the prudent parties (Germany/Virginia) accept responsibility for paying the debts of the imprudent parties (Massachusetts/Italy)? But this is only the starting point. Assuming that Europe will soon cross the red line of mutualization and launch a Eurobond of sorts, the larger consequences of this decision will begin to come into view, and the deeper significance of the the Hamiltonian moment will start to become clear.

Let’s allow the original to have the floor at this point. Hamilton is often quoted as having said that “a national debt will be a national blessing” – a striking phrase, and one that got him into considerable trouble with his contemporaries. How can debt be a “blessing”? Not a “necessity” or a “price to pay” but a “blessing”? That was – and is – hard to swallow.

Hamilton evidently did once write those words in a letter, but it is not exactly what he meant. The “blessing,” as he saw it, was not the debt, but the “proper funding of the debt” [Hamilton’s emphasis].

What he meant, and what, incredibly, he half-envisioned, in a much more primitive era, financially speaking – it was 1790, after all, Marie Antoinette was still alive and the New York Stock Exchange hadn’t yet been set up under the famous buttonwood tree on old Wall Street –was that the funding arrangements would create the country’s credit. Assumption would foster a robust market for the bonds issued by the United States of America. The scale of this national market would be much greater than any individual state could support. It would offer better liquidity, and safety, which would attract more and larger investors, especially foreign investors with capital to fund the country’s economic growth. It would support the government’s borrowing needs in an orderly fashion, and would over time create the “full faith and credit” that would propel the young and fiscally fragile country into the first rank of nations.

This is what hung in the balance as Hamilton, Jefferson and Madison sat down to dinner. As surprising as the analogy may seem, the financial structure of the EU today hangs in the same balance. European finance is seriously underdeveloped relative to its economic weight. The symptoms are abundant. 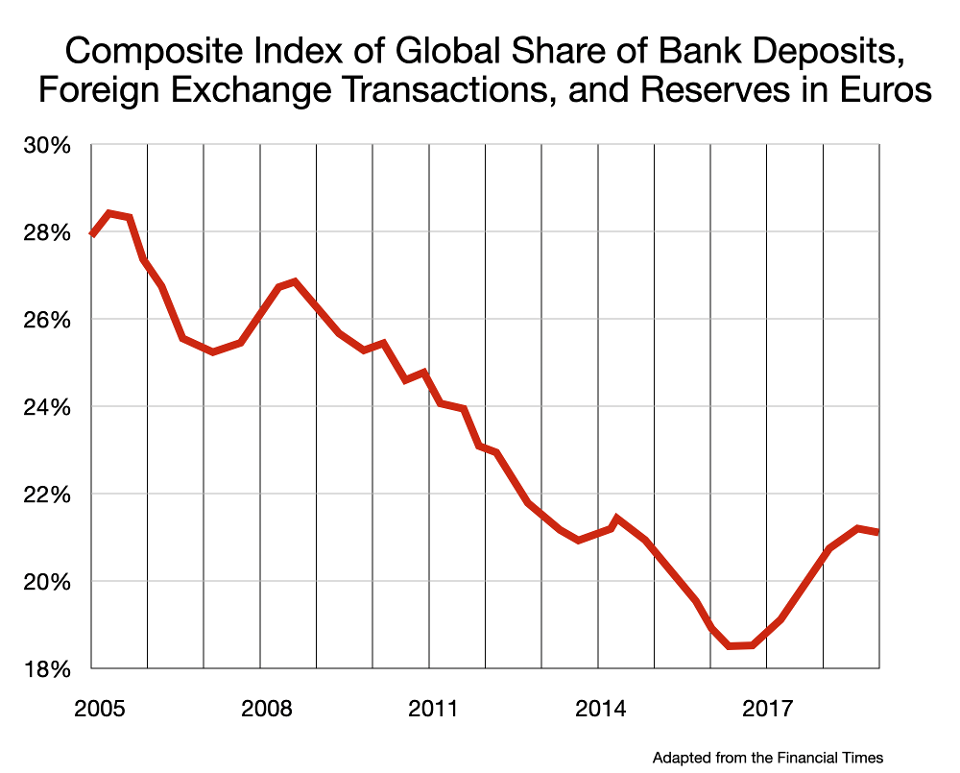 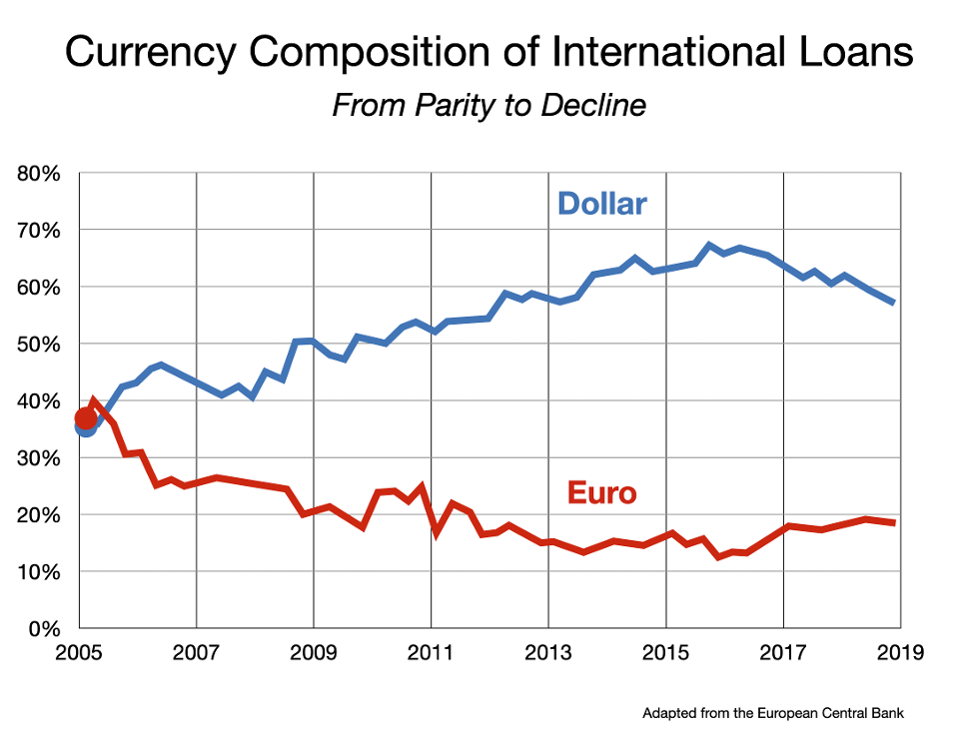 This is where Europe lags. Compare the EU sovereign debt market with the U.S. Treasury market, relative to GDP.

GDP of the EU vs the USA CHART BY AUTHOR

Consider finally the “safe” debt – the “risk free” benchmark bonds – that are the foundation of “full faith and credit,” and the anchor of all the large portfolios held by asset managers everywhere. In the EU, this means the German bund. In the USA, it is the Treasury market. (No contest.)

Financial markets are social arrangements built on faith, experience, and expectations. Investors, issuers, and all market participants gradually develop confidence in one another, and in “the system” — and the process becomes self-reinforcing. This is what “credit” itself consists of. Today, the market for US Treasurys is the deepest and most liquid financial market in the world, which is why our economic competitors, and even our adversaries, are willing to hold our debt. Treasurys are truly the gold standard – even more than gold itself. It is this imperial debt which supports the Federal Reserve. It is this blessed debt which supports the role of the dollar as the world’s reserve currency. This vast advantage is the basis of American financial hegemony, and the fragmentation and stuntedness of the Eurozone’s debt market are the roots of its weaknesses.

A unified debt market backed by the full power – the “full faith and credit” – of the European economic union: this is the prospect that lies just around the next corner for the Eurozone. The baby steps that Merkel and Macron proposed last week (and €500 Bn is just a baby step) will take time to catch on, but if European policy-makers follow the path, one could imagine in 5 or 10 years a market for Eurobonds (or whatever euphemism ends up being attached to that instrument) that would rival the Treasury bond market. And we’ll all be better off for it, because it will underpin stability of the larger union (as Hamilton foresaw for the U.S.). Of course there were 230 years of ups and downs for America to reach this stage. But it all rested on Hamilton’s “dinner bargain” with the Virginians.